CHALLENGE: Meet the taste of 17 nations

Lisbon – a lively city characterized by its culture, hilly landscape and close proximity to the Atlantic coast. Due to the mixture of small town and metropolis, past and present, it has a time-honored and modern flair at the same time. With locations for up to 1,000 people, state-of-the-art hotels and international infrastructure, the Portuguese capital is one of the most popular event destinations in Europe. Thus, Lisbon represents the perfect location for this year’s BMW Group Aftersales Incentive Event.

After arrival at the airport and subsequent check-in at the centrally located 5* Hotel Iberostar, the participants were able to organize the first day according to their own ideas. Among other things, they had access to the hotel’s outdoor pool with bar and sun terrace as well as a spa area. However, there was also the possibility to see the fascinating city on their own. For the first common dinner all participants met again in the extraordinary and exclusively rented location Espaco Montes Claros. The highlight of the first evening was in any case the award ceremony by BMW AG management and the subsequent get-together on the terrace with a view of Lisbon, where the different countries got to know each other better over a glass of Port-Tonic.

The second day started with the BMW /MINI Cup. Along the waterfront of Lisbon under the famous suspension bridge Ponte 25 de Abril sailboats and speedboats alternately speed by. At the following lunch in the restaurant 5 Oceanos at the harbor, fresh Portuguese delicacies were enjoyed with a view of the Tejo River and the Cristo Rei statue. The perfect end for the eventful morning. In the afternoon, the Tasty Lisbon tour took place, with “nomen et omen” not only cultural highlights and sightseeing on the agenda. What better way to end the day than in a typical Portuguese restaurant with large platters of meat and delicious wine and beer.

As is well known, the best is saved for last! Speed and adrenaline were on the agenda for the participants today. Where? Of course, on the famous racetrack in Estoril. Located 30 kilometers outside Lisbon it served as the venue for the Formula 1 Grand Prix from 1984 to 1996. It was on this very track that the participants were allowed to drive in the M2, M4, M5 and Z4 M around the 4.36-kilometer Circuito do Estoril, which features with two hairpin turns. Of course, that wasn’t all! A drive in the brand-new 8 Series convertible to Guincho Beach with a beautiful view of the dunes and the sea was also on the agenda, as was an i3S acceleration course and a timed slalom in the new 3 Series. In the pits, the new BMW Motorsport Lifestyle Collection and Pirelli tires were on display. In addition to this, there was a workshop on BMW Motorsport, where participants could win a cab ride in the M4 GT4.
After such an eventful and hopefully unforgettable day on the racetrack, the event was concluded with a dinner at Taberna 1300 – a very cool and hip restaurant, reminiscent of the MINI brand with its industrial style.

The BMW Group Aftersales Incentive in Lisbon was a unique experience for everyone, which will definitely be remembered for a long time. 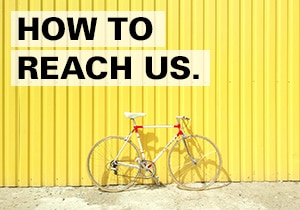